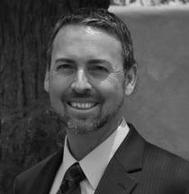 His practice is dedicated exclusively to representing people who have been harmed or injured through the negligence and misconduct of others.  Chris has recovered millions of dollars for his clients, handling all types of personal injury and insurance claims, including wrongful death, automobile accidents, medical and legal malpractice, trip and fall/slip and fall, insurance bad faith, motorcycle accident, dog bites and dog attacks, and products liability.  He also has successfully recovered punitive damages from drunk and distracted drivers, as well as recovered uninsured motorist (UM) benefits for victims of violence or homicide where motor vehicles are involved.

Chris has tried cases to juries in state and federal court, as well as represented clients in state and federal appellate court. His notable cases include a $1.86 million verdict in federal court for a client whose civil rights were violated in Osuagwu v. Gila Regional Medical Center (D.N.M. No. 1:11-cv-0001 MV/SMV) and oral argument to the New Mexico Supreme Court in the “tax lightning” property tax case, Zhao v. Montoya, 2014-NMSC-025, 329 P.3d 676.

Chris has been practicing law in New Mexico since 2004.  After law school, and prior to committing his practice exclusively to representing people who have been injured and harmed, Chris practiced at a corporate law firm where he focused on products liability defense, litigating and trying cases on behalf of Ford Motor Co. and Caterpillar, among others.

His publications include “Summary Judgment in New Mexico Following Bartlett v. Mirabal,” 33 N.M.L.R. 3 (2003), New Mexico Chapter for DRI’s Commercial Litigation Committee’s State By State Compendium on Unfair Trade Practices (2005), and “Due Process for Asylum Seekers?” which was awarded the UNM Law School’s Raymond W. Schowers Prize in 2004 and is available at https://repository.unm.edu/handle/1928/2933.  While in law school, Chris was on the editorial board of the New Mexico Law Review and, as Symposium Editor, he developed the symposium entitled “Enforcing the Judgments of Tribal Courts,” whose live program was memorialized in Volume 34, Issue Number 2 of the New Mexico Law Review.

Chris and his wife, Andrea, met at UNM law school, and they have three wonderful children, Fletcher, Penny, and Vivian.  Outside of work, and when he’s not attending little league games or dance recitals, Chris enjoys running, reading, watching college and pro hoops, and fly fishing.